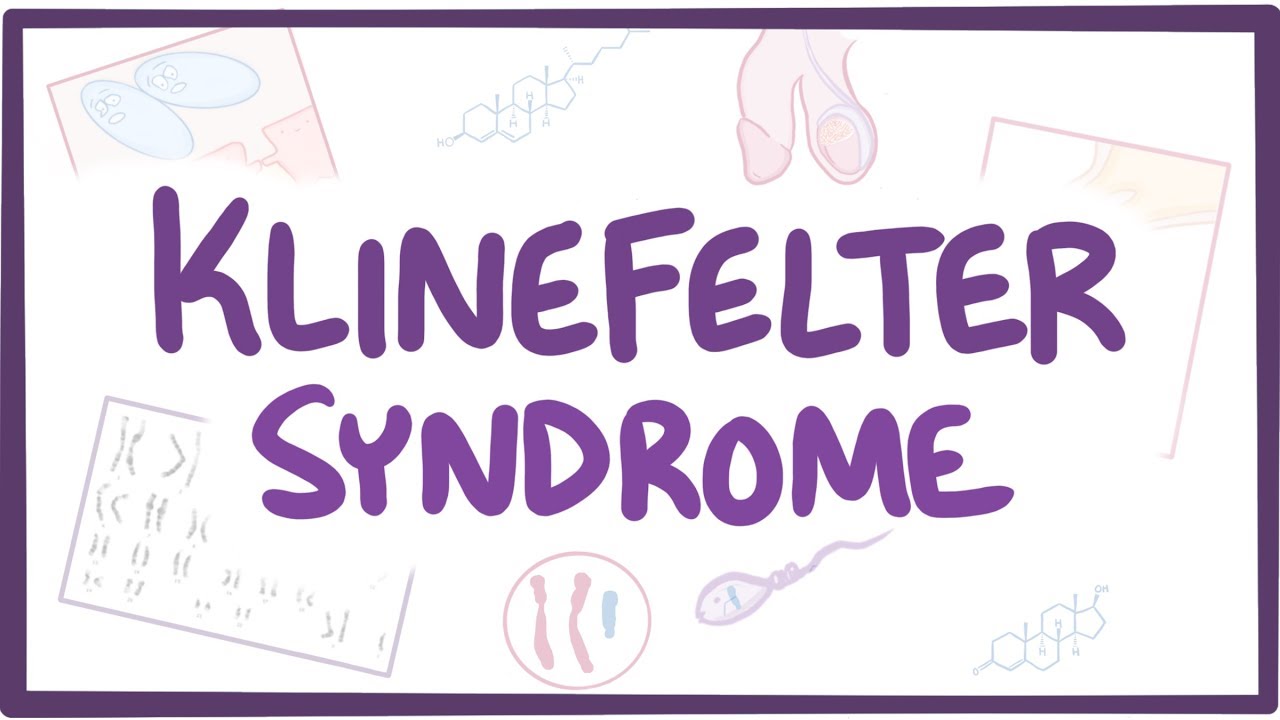 There are a lot of terms floating around out there these days. You may have heard of XXY or KS or even Klinefelters Syndrome (Or as they misspelled it on my Disability Claim…Klinfelters (promising) ). What is it though? In understanding my Blog, We (You and I) Should start here.

Klienfelter’s Syndrome is a Developmental Syndrome that happens during gestation.

Remember in Science class when they discussed Mitosis and Cells splitting and all that fun stuff? Well remember that everyone starts out as a female and then things change during the developmental process…Boys get XY Cells and Females get XX you each get  23 pairs ( Now you know how they got that DNA Test 23 and Me from) giving you 46 chromosomes.(that always makes me think of “Reproduction”, Frome Grease 2) Your Singing it now, aren’t you? Your Welcome!

If you are born 47XXY then you have an Extra Chromosome attached to every Cell and You do not have enough quantifying characteristic to be one Gender or The Other. You fall right in the middle. Now A DR/Scientist with the last name of Klinefelters discovered this pattern in Boys, but a few years later a Female Dr discovered the same pattern in females yet they are XYY Or XXX Or XY/XX they dont call those KS because he didn’t discover those. You can Imagine all the people that get Technical and SAY ONLY BOYS get XXY but…(there is a huge contingent out there that believe talking about KS and XXY and the fact that you are medically in the middle and the only cure is to pump MORE Testosterone into your system is the ONLY way to fix it and make your Son more Masculine , Even though there is NO CURE) Ive always felt Split both Male and Female , maybe even 70% Female 30% Male and that makes total sense to me. While my parents were not offered a solution and really had no idea until my teens…I know Men that have been Surgically altered at BIRTH in the 60’s I Digress. I am getting way ahead of myself. Read the next three links…

Read these 3 pieces for a quick refresher :

. Terminologies such as intersex, hermaphroditism, and pseudohermaphroditism are controversial; potentially pejorative to patients; and confusing even to urologists [1]. Therefore, the term DSD was proposed to indicate congenital conditions with atypical development of chromosomal, gonadal, or anatomic sex. A classification is proposed in which DSDs associated with sex chromosome abnormalities (sex chromosome DSD) were separated from DSDs with a normal chromosome complement (46,XX DSD and 46,XY DSD). The stigmatizing term intersex has thus been replaced by a more general and descriptive term, DSD.

Now all the above information and Links are within the Last few Years. There has ONLY been major research done at the National Institute Of Health in Bethesda Maryland since 2014. Even Top Doctors there agree that information has been convoluted and lacking in Medical Textbooks and Journals the last few decades. America seems slow to the party though, Because Europe has been researching it for Years.  This information was CERTAINLY not available in 1975 in Alabama. That Right The Year of My Birth. I Know I do not look 43. Most KS men always say they look younger than we are…It has been a true blessing for me. Nothing Like being cast to play 18-25 in a High School TV Show…When your way past 30!

Lets talk about my arrival for a moment.

I always laugh at people that say they remember what it was like in the
womb.I’m not saying it isn’t possible. I am just saying that my memory does
not take me back that far. When Jogging my Mother’s memory of what her
pregnancy was like,maybe not remembering is a good thing.

I entered the bright sterile Hospital on June 18th,1975. It was Wednesday, I
am a Gemini, I like long walks on the beach, candle lit dinners… The
president was Gerald Ford . In that special week of June people in US were
listening to “Love Will Keep Us Together” by  Captain and Tennille. In UK
Whispering Grass by Windsor Davies & Don Estelle was in the top 5 hits. I
have never heard of the British tune until my Hospital stay in Europe 40
years later,But I am getting ahead of myself. Jaws was a huge hit in theaters
that summer and here I was, naked and ready to take on the world. Healthy
on the outside. Healthy on the inside? We all thought so I guess.

My Mother, will never, ever forget the agony of my arrival.Maybe that is
why they waited 10 years to have another? Anyway, my Mother said the
actual nine months I was inside her was not much different from my older
brothers pregnancy. She said the only differences were what she craved. My
older brother is a meat and potato kind of guy. She craved meat and
potatoes.
During my nine months she craved Junk Food, Candy Bars, Chips, Sugar. I
am a junk food kind of guy. To prove her theory, my little sister likes tart
juices and that is what my Mother craved and with My little brother he is
back to meat and Potatoes. So I have 2 brothers and one sister if you are
paying attention. There will be a quiz later!

My Mother says that the only other differences between my pregnancy and
the first was I was not as active as my older brother had been. She said on
many occasion she worked herself into tears because I was not moving at all
and she itched (Get out the Holy Water!). Kidding. She said it was a crazy,
deep, claw at your skin itching.It lasted all nine months.
My mother is small framed and therefore had C sections
with all of us.

During my delivery they anesthetized her, but it did not take. Imagine if
you will feeling the scalpel cut into your abdomen, feeling your stomach
torn into. Screaming for help but no sound coming out. Paralyzed but
feeling and hearing everything going on around you. Dramatic?? Possibly,
But for those that know me I love a good entrance!

My Mom said this is
exactly how I came to be on that Wednesday,

Then once I was removed the itching stopped. As if it never was an issue
before! While pulling together notes for this Blog Entry, I
was curious to see if there were any clues that would lend to what I would
later be diagnosed with in my teens. Other than already knowing that they
did not test prenatally for really anything in the 70’s , Mom said no they had
no idea. Could the itching be a sign? She didn’t experience anything like
that before or after. What about the passiveness.She said my older brother
was all over the place. They even nicknamed him “Bing Bong”. She said the
only time I moved inside was a little flutter of my foot when I seemed to be
stretching and that when I was born , I would stretch out my leg and my
foot would twitch like “Thumper” from Bambi. Hence how I got my
nickname. When I think back I wonder if in reality I was having seizures. (I
am having those more frequently in my life now 11 in the last 6 Months and Diagnosed with EPILEPSY in August. (Seizures are common in
people that have XXY and Intersex Syndromes.) Things to think about I guess.
She said the first real concern after birth was when we came home from the
hospital and I slept for 18 hours!! When they called the Dr. he yelled at her
and said ” You should be so lucky!! Mothers would love a kid who slept this
long!” Even in adolescents there were concerns that came up. Issues that
would have been construed as “Autism”today were overlooked pushed
aside. My parents were told that they were “Over Achievers” or trying to
compare me to the 1st born , Bing Bong!

I was slow to stand, Slow to talk and to walk. I self simulated by beating my
legs or head on the bed or car seat as a way to lull myself asleep. I do
remember shaking my head side to side and watching the brake lights
dance at night on car trips. They looked like Gemstone Bracelets, Rubies and Diamonds…Occasionally a Sapphire would scream and rush by!

That use to drive my brother NUTS!

I had learning disabilities, was easy to anger and while really generally sweet also
had some complaints coming in that I was mean spirited to some. All of the
issues from the Anger to the ADHD to the self stimulation to the slow
development are all attributed to 47XXY. We will talk more about that
later. To finish up this Entry. Just know I entered the world with a Gut
ripping entrance! It probably looked like Jaws delivered me!!