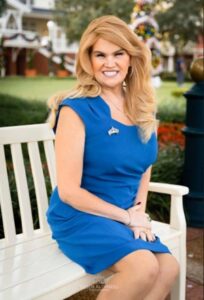 “We all struggle through life.  My story is no more important than yours. We all have depth, but if we don’t talk about our problems collectively then solutions can’t be found and shared.”
Juleigh A. Mayfield

Juleigh Amanda Mayfield was born 47XXY. She has an additional chromosome attached to every pair in her chromosomes chart.  Neither male nor female, but a configuration of both sexes.  She was raised as a male.  With a lack of understanding and education regarding her condition Juleigh struggled with autistic traits, cognitive issues, undiagnosed seizures, learning disabilities, social skills and boundaries.

XXY is usually caused by a disjunction error in meiosis at the earliest stages of conception when the egg has been fertilized.  The additional X can come from either the Mother or the Father. You can be XXY and never develop Klinefelter’s , although NOT developing Kleinfelter’s is rare. Most XXYs identify as male gendered.

Seven studies have reported that a diagnosis of Klinefelter’s Syndrome led parents to decide to terminate the pregnancy with an average abortion rate of 61%.  In 2016, forty-seven percent of intersex babies were aborted as reported in the USA.  61 % in 2017 and 80% in Denmark in 2018.  A main reason reported for abortion is the belief that the XXY would be infertile.  That they will face many challenges in life and may not fully mature. This is now known to be a dangerous myth (XXY Society).

In 2018 Juleigh attended a research protocol at The National Institute of Health (NIH) in Bethesda, Maryland.  It was there that she learned her natural level of free testosterone was 7, the normal range is 630 and up.  She also learned that she created low levels of estrogen. With that and being both genders she now had Lupus, Osteoporosis, a female sized heart, no Adam’s apple, breast tissue, Epilepsy, a bone bacteria known as taurodontism and cancerous cells in her inguinal canal, 1 Ovary underdeveloped and 1 Undescended Testicle ,fallopian tubes and a partial Uterus/pelvic floor , She was told at that time that if she didn’t consume copious amounts of estrogen she would be dead in 5 years.  The estrogen wouldn’t cure anything but would slow things down while also causing a full transition to the female end of the spectrum.  To also remove the Ovary and Testicle and have a full hysterectomy, Doctors believed that this would give her longevity and at least 10 to 15 more years.

She has eye issues ,Macular Degeneration , receiving two shots in each eye monthly and no feeling in either legs below the knee due to Diabetic Neuropathy.  She lost all her teeth in 2013 due to taurodontism having to have full jaw reconstruction, Jaw broken and fused in 4 places, Bacteria Scraped daily for weeks. Juleigh lost a toe in 2015.  Her autoimmune issues are all related to the XXY.

Juleigh joined an online forum on Facebook called The KS/XXY Society, a global social media society where she served on the leadership team and as an administrator. Soon after, she transitioned and changed her name.  She has become a pioneer in XXY advocacy and awareness in America trying to be like her Australian counterpart Candace Cody and In 2020 was named to the Come Out With Pride Orlando board of directors.

Juleigh’s main strength is her story. XXY is a state of being and she aims to bring humanity and compassion to people’s views of XXY and KS.

Juleigh is currently working on a documentary about her journey and life.  She is trying to advocate for all XXYs.  Not everyone will have to transition but in Juleigh’s case it would extend her life past the 5 year diagnosis the doctors originally gave her.

A UCF instructor and her legal studies class are striving to help a Central Florida woman born intersex change her birth certificate.

Without a birth certificate reflecting one’s gender, it’s nearly impossible to do basic things like get a job, get a loan, or travel outside the country. This is the unequal reality for millions of Americans whose birth certificates are labeled as intersex, an occurrence about as common as someone being born with red hair…

ORLANDO | Six months after a Central Florida judge denied her petition for a gender marker change, actress and intersex activist Juleigh Mayfield has been granted the change request in a South Florida court.

“Dragged Thru The Alley” A show created and produced at  by Juleigh at the Westside Comedy Theatre in Santa Monica, CA. in 2013