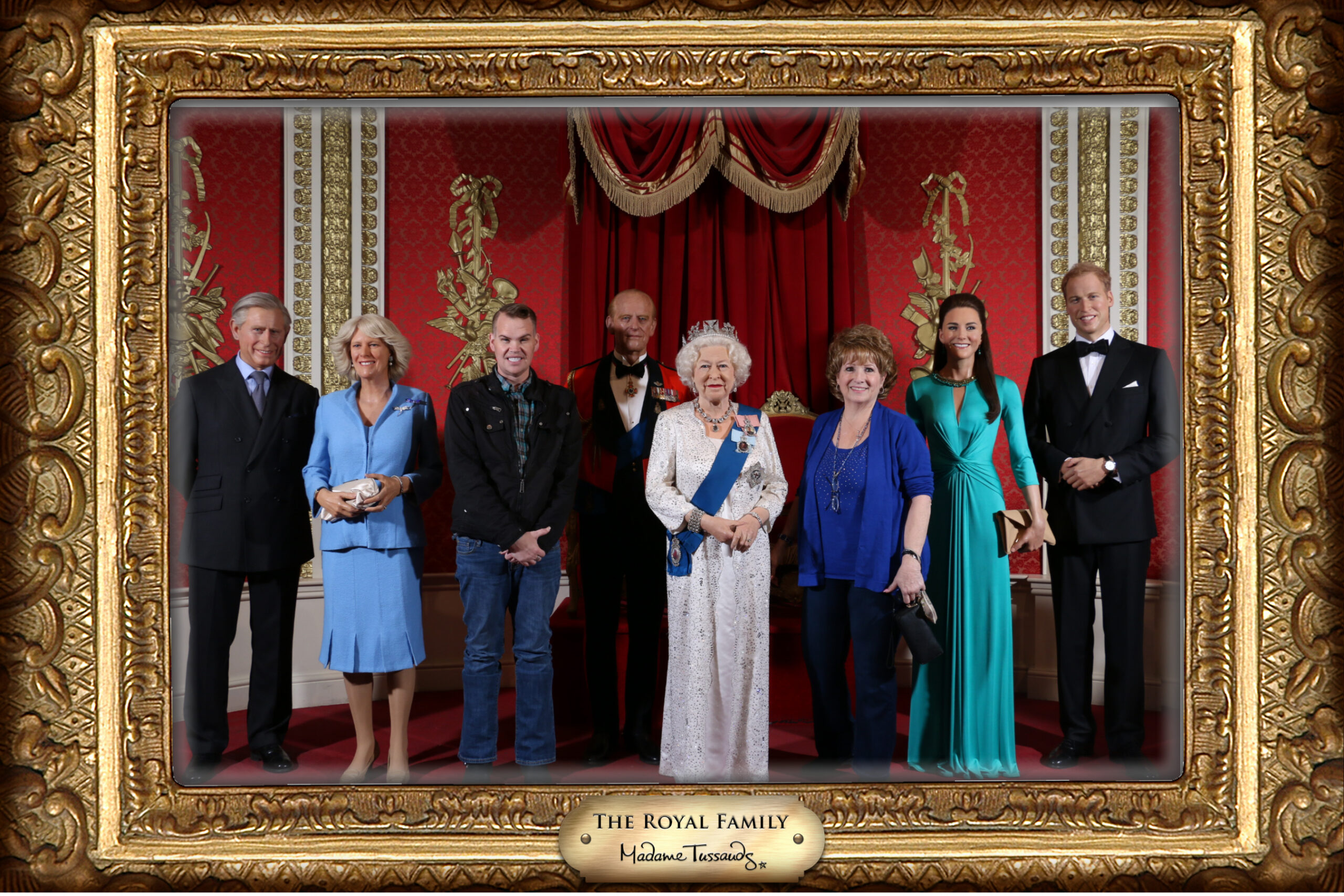 Trip of a LIFETIME

Have you ever wanted to go on a Trip of a Lifetime? What has set you
back from that? For most people its cash flow. That is what has always
stopped me. So imagine one of your closest friends approaching you and
asking if you had a passport? Then she says,”You know my husband and I
are going on a 3 month trip around Europe!” “We need someone to go with
us whom is a little younger and can assist us if things get hairy while
overseas!” (Her husband had Congestive Heart failure and had an LVAD put in a few yearsbefore) “We want you to be that person!!” “We will pay for your trip and
give you a stipend each month that we are there for assisting us!” Merry
Christmas and Happy 40th Birthday to you!!” Mic Drop!

WWWWWWHHHHHHAAAAAATTTTTTT? I felt like I had won the
Lottery! Are You Kidding Me??

We were going to leave in March on the15th, arrive in Ireland on The 16th.

Ride in The Dublin St. Paddy’s Day Parade on the 17th (Bill’s Birthday).

Explore Ireland in a rental home for 3 1/2 weeks , travel to Scotland,France and spend time in London in Essex County!! I did not know at the time Essex was TOWIE town !! A Show thata lot of locals said I should be on!

My first train ride across a European countryside! Beautiful. In hindsight as
we pulled into the city…there was a huge city fire with billowing ,black
smoke to the left of the train station….Maybe , that should have been a sign!
The plan was to tour Paris by bus and then the next day take a tour to
Versaille and then return to Paris and ride back to Essex. When we arrived
in Paris I was giddy! The City of Lights! We were staying in a hotel down
the street from the Eiffel Tower. I’m not kidding when you see it for the first
time it elicits tears. We went to dinner because Dolly wanted steak tar tar and I wanted Escargot and I really wanted REAL French Champagne to
celebrate the weekend.My foot was really hurting by this point and was
swollen, I searched for hydrogen peroxide so that i could deride my toe
that had been bitten by something in the past few weeks. While in a
Chemist in France I finally found some. This was a Friday, I rinsed it in the
peroxide solution and went to bed. The next morning my toe was BLACK
and spongy. At this point I went to the ER at George Pompidou Hospital.
Someone kept telling me this is where Princess Di was brought, That did
not make me feel so good.

I have waited the whole trip for Paris and Versaille. Little did I know that I
would spend it over night in the Hospital where no one spoke fluent
English. As scary as it was for me, Imagine if you will how scared my
parents were when they found out what I was encountering. When they
tried to call the Hospital, They could not communicate with anyone. For me
the hardest part was to be somewhere I absolutely had loved in literature
and art and magazines. Here I was not understanding anything about my
palliative care. They put me in a room, with an older french gentleman Who
i assume was pissed I was in his room. He complained in french all night ,
screaming on his cell phone. At least he went in the bathroom. While I
didn’t know much french, I could tell he was upset. The next day his Son
came over and apologized I assume he had been there a while, because he
they gave him pudding at night with his dinner. He was stockpiling pudding, NO JOKE he had a WALL of pudding like 3 deep and 11 rows high…
I was hoping I would see Madeline and her Nun walking down the
street to rescue me! Not being able to understand anyone makes me
wonder if this is what it feels like to be deaf? I felt as if I was on a
roller coaster in the dark , alone and stuck at the top of that first hill. The
only directions to get down safely are in a language you do not understand.
It also made me want to learn a second language. If you are reading this
and are in HS and or College pay attention in those electives that teach you
other languages. You will never know when it will come in handy.
Saturday morning we checked out. partly because I sat in that hospital all
night with no antibiotics and no one telling me what the plan was. At one
point they did come in and point at the toe and make a Sawing motion with
their hands and arm. A nurse with broken English said that the Doctor
wanted to wait for two weeks and see how the infection progressed and that
they did not give antibiotics out prior to surgery as they felt it could hinder
progress. UM EXCUSE ME? I could have lost my whole leg. I was already
upset that the ER attending Doctor was telling me I probably had AIDS. i
was like “No, I’m sure I do not have HIV!” he said but How do you know? I
said well, I get tested. He was Russian and I felt like he was dismissing me
because I was gay, Then I had visions of “No Go Zones” in Paris and Charlie
Hebdo bombings and Paris was turning into a real nightmare!! That one
night is costing me about 7,000.00 US. I have not payed it yet.

Dolly and I decided we would return to Essex and find a Hospital in
London. While trying to Leave the Russian Dr caught up with me and said “You’re Leaving? Your a Stupid American! Americans are Stupid!! Don’t you Know Princess Diana Came here??!!” I spun around and Said ‘Quit saying that!! I’m not sure if you got the memo! She DIED!! You DID NOT SAVE HER!!”

Our Cab driver told us on the way back to the hospital that 4th
year french medical students are required to take English to graduate. He
also said most do not practice though due to their extreme dislike of
English Speaking people. Made me feel all warm and fuzzy inside. I can say
I have never felt scared before, But that one night in that hospital I felt truly
alone and scared.

Our train was not leaving until that afternoon. So we
hopped on a bus tour of the city. I mean really at this point I knew it was
going to come off…I even named her “Marie AnnTOEnette” . We also could not get on the train and Well when in France!. I didn’t thinkat this point a city bus tour would be a big deal! I wanted to see some of thebeautiful sidewalks and architecture and have my Carrie Bradshaw moment!. The Color run was taking place and this beautiful city was
covered in shades of pink and pastel colored chalks. I would like to go back
someday.

I was in a lot of pain as we made our way back to the train station to head
back to England. When we arrived we made our way to customs and the
British side said I could not come back in. They were going to detain me. I
was not a British citizen and I had a serious infection. Great! I was detained
4 hours at the train station. Finally I was granted re entrance to England
but only if I would go to the nearest hospital to the Train station upon
arrival. We were directed to Colchester Hospital. It is part of the NHS or
National Healthcare System of Hospitals. It is a teaching hospital and I was
admitted immediately.

Right off the bat the differences between American hospitals and British
hospitals are different. I was taken to the Aldham Ward. Not a private
room, not even a room with two people. I was in a WARD. The D ward of
Aldham. Like Kathy Griffin on the “D LIST”! There were 6 beds and I was
all the way at the end. D3. Two floors up from maternity and around the
corner from the C ward “C” for Crazy, no really that is where they put the
Crazy Patients. My first Night it was raining and between the weather
outside, the stench from the man to my right who defecated in his bed, all
of the cockney and proper British voices and the intermittent screams of
labor and then all of the cries from the C ward, If you shut your eyes it was
if you were transported back to the Black Plaque! If only my bed would spin
in a slow circle, it might feel like I was in a community production of Les
Miserables

I knew the next day I would have surgery at some point. It was Queen
Elizabeth’s birthday. April 22nd. In honor of where I was I decided to
change Marie AnTOEnettes name to Anne Toelyn. The Other Boleyn Girl.
and Anne Toelyn ( My Toe) both shared the same fate ….. Severed
in London.