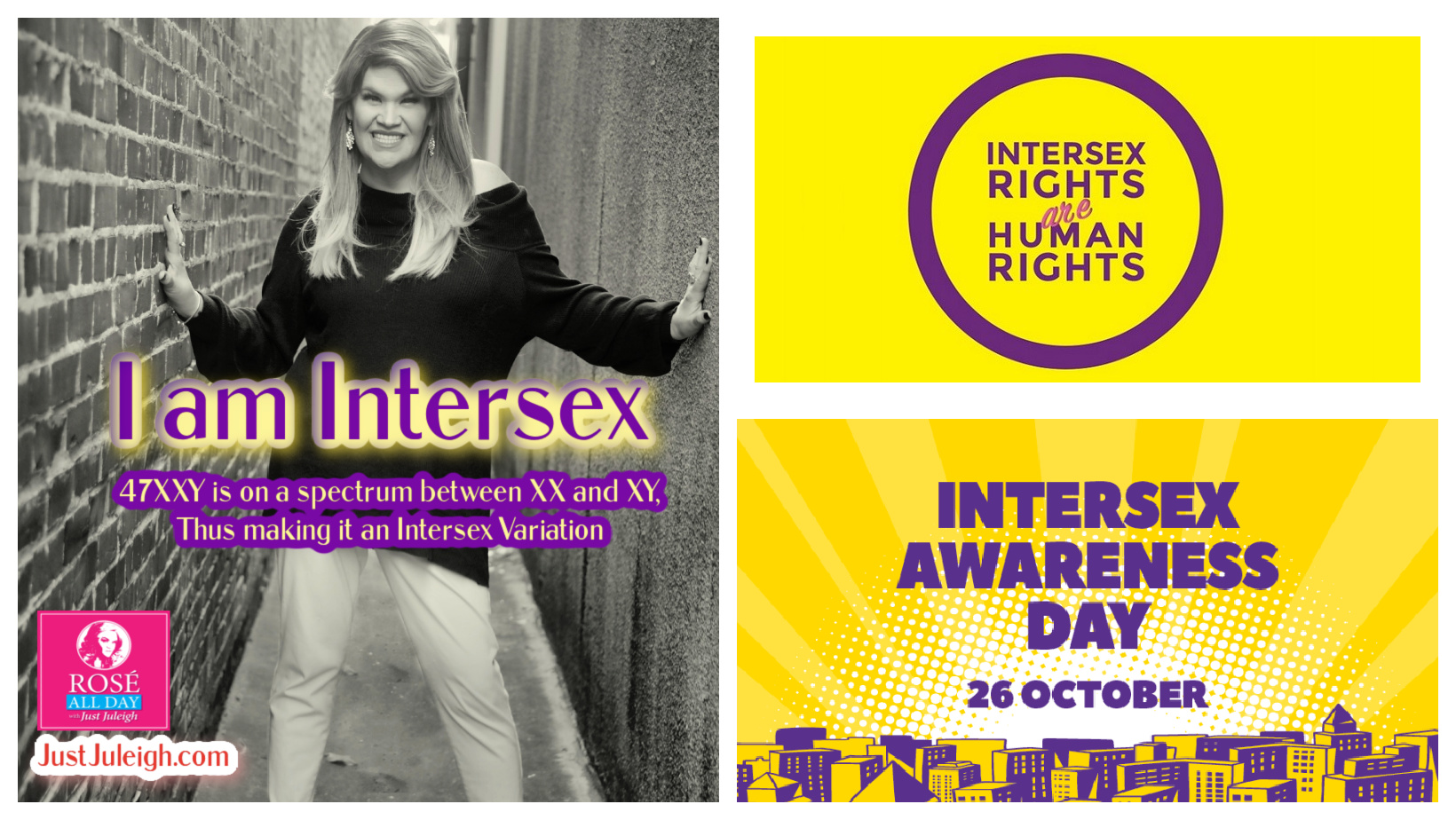 "Recognizably intersex babies were killed at birth, since people saw them as ‘omens’. justjuleigh.com

2016 was the very first Intersex Awareness day on record and yet Intersex variations have been present since the beginning of time.

did you know that there once was an ancient sub culture called the Cybele Sect.

Xora , a fellow friend and advocate writes about it in this article
https://www.gaystarnews.com/article/intersex-goddess-cybele-trans-priests/

“Recognizably intersex babies were killed at birth, since people saw them as ‘omens’.

But if they made it to adulthood (like the two women who grew penises, as documented by the Ancient Greek historian Diodorus Siculus) they got to switch genders without a second thought.

And while all this was going on, ancient people still prayed to an intersex goddess, who was served by transsexual devotees.” ` Ela Xora

while there is a lot of info out there citing this as a disorder or a condition it is more commonly seen as a variation.

In the past it has sometimes been referred to as Klinefelter’s syndrome. Recent research has cited that KS or Klinefelter’s can only present in people who have testes as it is a disease of the testicles and not every XXY person will have a set of Testes, Some present with Ovotestes or No Testes. So by definition we cannot say every XXY has Klinefelter’s.

as a whole, Intersex is an umbrella term that includes over 42 Genetic and chromosomal variations on a spectrum between the typical XX and XY Gender markers.

any of those variations are deemed Intersex.

People always seem to ask ” What can I do to support Intersex People?
“

ADVOCATE for Intersex People in the medical sectors and community.

Advocate on  surgeries that are  unnecessary at birth.

SUPPORT creators and advocates like myself , who are Intersex and become our Allies

Life and all our lives are connected in a Circle that never ends.

“How high does the sycamore grow?
If you cut it down, then you’ll never know.”

THE INTERSEX COMMUNITY IS CONTINUALLY BEING CUT DOWN!

IN 2017 65% OF NEW PARENTS THAT WERE ADVISED TO TERMINATE THEIR INTERSEX BABIES IN UTERO FOR FEAR THAT THEY WOULD HAVE PROBLEMS DID!!!!

SIXTY FIVE Out of all babies born that year in the USA!

Statistically Intersex people make up 2% pf the worlds global population. That means that 154.3 million people are Intersex.  The numbers would be a lot higher if the medical community at large wasn’t scare mongering parents to abort their Intersex children in an effort to control their agenda that we are diseased or abnormal.

When surgeries are performed at birth on ambiguous genitalia its choosing a gender for the child. What if that child hits puberty and feels inherently different from what was chosen?
Now that child has to deal with even more medical issues and often that leads to mental health crises that sometimes results in suicide, also then making us a smaller community , also fitting the narrative that we are diseased or sick!

Intersexuality exist in every species on Earth!

I’m coming back in my next life ass a Great White.

My life has been a kaleidoscope of variables. i thrive and struggle much like we all do. I am here fighting for myself and my collective community. Please educate and share this post.

I AM INTERSEX, 47XXY